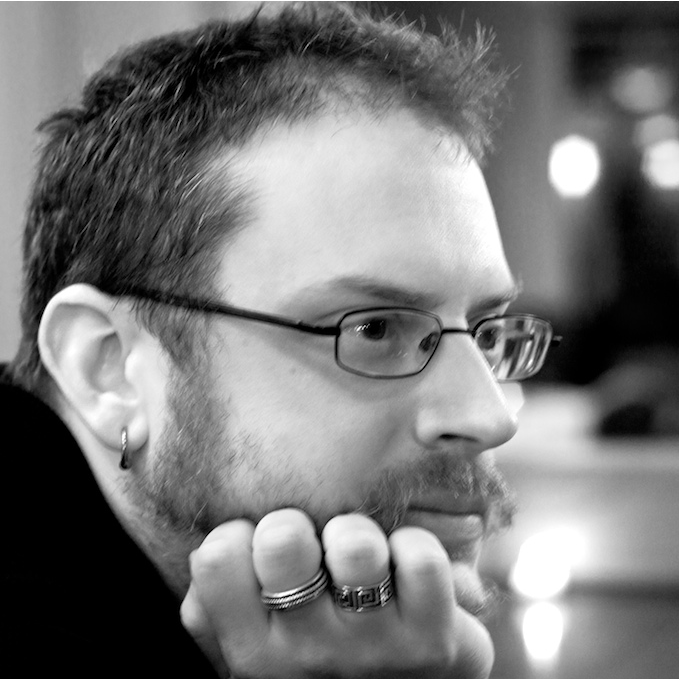 TL: For nine years, Ed Finkler served as web lead and security researcher at The Center for Education and Research in Information Assurance and Security (CERIAS)  at Purdue University. He participated in open source web app development in his free time for years, including developing Spaz, a long-running, award-winning micro-blogging client. Today Ed is a developer for Fictive Kin, and he is known for advocating for efficient, stripped down code, and the strategic growth of social media.

In many ways, Ed and people like him are the unicorns of Lafayette, young people from Indiana in highly competitive industries who decide work and raise families within the state.  We hear so much about the brain drain in Indiana, and the national narrative is that “flyover states” like Indiana just don’t draw in forward-thinking industries. Ed, why did you decide to stay in Lafayette as opposed to moving to a more tech-oriented area?

Ed: So part of it is that I just prefer to live in smaller cities, no doubt – I’ve enjoyed visiting big cities, but the idea of living in one is pretty unappealing. Another part is cost of living: it’s immensely cheaper to live here than it would be for me to live in a traditional tech center like the Bay Area. And because I work remotely, I typically can make a paycheck similar to what I’d get if I lived there. That’s really advantageous.

I also really enjoy the opportunities to help folks by empowering them through tech. I think it’s easier to make a difference – or at least see the difference you’re making – in a community like ours.

How do you think the Greater Lafayette area could become more tech-friendly and attractive to young developers?

I think the key is cultivating a community of shared knowledge, and I think that comes from people actually getting together and talking face to face. That’s where the relationships are made and the motivation to do cool stuff comes from. I do a lot of stuff in the open source community, and what builds community there isn’t shiny buildings or server farms – it’s the relationships built through shared knowledge and collaboration. We’re started to do a little bit of this in the past few months with GLOSSY, the Greater Lafayette Open Source SYmposium, which is just a fancy name for some folks who work with and enjoy open source tech getting together and chatting about it. There’s also Lafayettech in town, who run a series of hackathons, meetups, and showcases for tech startups.

I’ve always liked how Purdue sponsors student orgs, providing them with space and a little money to do stuff, and my experience with a couple of them on campus was pretty positive. It would be cool if local business and government could make it a little easier for that to happen. But in general, I think motivated individuals can build the community they want to see by just getting like-minded folks together and sharing knowledge & ideas.

The Think Lafayette team has hotly debated this for several years, and as a freelancer who’s been known to take conference calls in the window of a coffee shop: Is there a need for co-working space in the GLA? Would you see yourself or others like you taking advantage of this kind of space?

So I know of a couple in town – Lafayettech has one, and PRF manages a space right by campus called The Docking Station. My feeling is that you build a culture of collaboration first, and then build organically as you need things to facilitate its growth. I think Lafayettech is doing that pretty well, and I’m interested to check out their space downtown. I’ve used the Docking Station a bit, and while I love the location, I haven’t experienced much collaboration there – I think by just opening up the space without establishing that mindset, it mostly turned into cheap office space for a couple local tech startups. That’s not a terrible thing, but I think it could be a lot more than that. You have to build a mindset where sharing your knowledge and helping each other is just what you do, because we all enjoy learning new things – not just for career advancement, but because we really like this stuff. If you have that, the area can really set itself apart with the resources available on campus. If you don’t, it’s just another small city where people grow up or go to school and leave. With all the smart people around us, that’s a missed opportunity.

Final question, and we’ll keep this open-ended. What do you love about the Lafayette area, and what improvements do you want to see in this area, say, in the next ten years?

I like the summer weather. I like how easy it is to get around – if you have a car. I like that it rarely takes more than 10 minutes to get almost anywhere. I like the energy of campus. I like that there are lots of good Mexican restaurants. I like downtown Lafayette’s walkability and architecture. I like our summer festivals. I like the low cost of living – but I’d be happy with a higher one if it was reflected in the quality of community.

I really wish it was easier to get around without a car. I can’t believe how bad some of the bus stops are. One time I saw a woman with a couple young kids, holding several bags of groceries, standing in the dark at the bus stop by Don Pablo’s on Creasy. There isn’t even a sidewalk there, let alone a shelter. I was ashamed. If you don’t have a car in this town, it’s very, very hard to get ahead, because much of the area is not available to you in a timely manner. Significantly improved public transportation is something I’d happily support, even if it meant higher taxes.