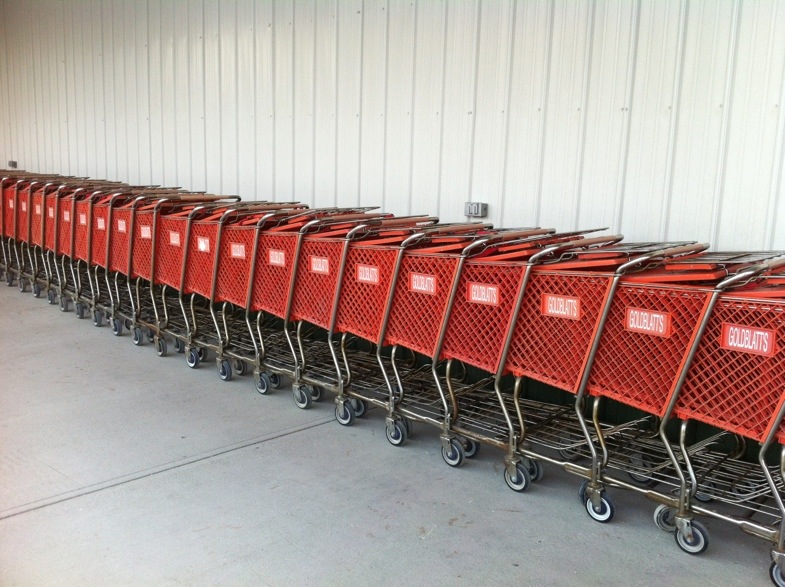 It turns out they have a name for this thing I do, where I go to a store to get a look at something, decide whether I like it, then go home to find it online for the best price: Showrooming.

[Finding something you like in store, then looking for it or a comparable item online via eBay and Craigslist = Thriftshowrooming? I’ll work on it.]

And some retailers are considering charging “try on fees” in an attempt to recoup their time and effort.

Footwear News published an article today about how retailers are combatting showrooming—the practice of browsing in store, then purchasing for a cheaper price via mobile. According to the trade paper, “rumors abound” that some stores (shoe stores, in particular) are now charging try-on fees ranging from $5 to $25. The idea is that the retailer will make at least a little bit of money, even off customers who have no intention of buying anything.

No stores want to go on the record admitting that, of course, but Sportie LA co-owner Isack Fadlon conceded that the concept is officially on the table. “We’re probably going to come to a point soon where we have enough customers coming in and doing this where we’ll have to have a policy [to address it],” he said. “It wouldn’t be to challenge [customers] in a stern manner, but it would be to ask them why [they are doing this] and convince them to make the purchase now. If it’s a price issue, we may have to match it if we can.”

The article reports some 80% of shoppers are guilty of showrooming, but price-matching by brick and mortar retail stores could put the brakes on the trend. In a weak economy with so much competition, it’s understandable why people are looking for better deals. And for big retailers like, for example, Old Navy which offers big price breaks online that aren’t available in the store, it’s only smart to go the cheaper route. There is no dilemma here for shoppers, only for brick and mortar retailers who have to offer superior service, or some other personal reason why a large number of people would prefer to pay more in person for the same widget that they would get online at a discount.

Charging “try on fees” will have the opposite effect.

I Wrote a Thing: Banana House