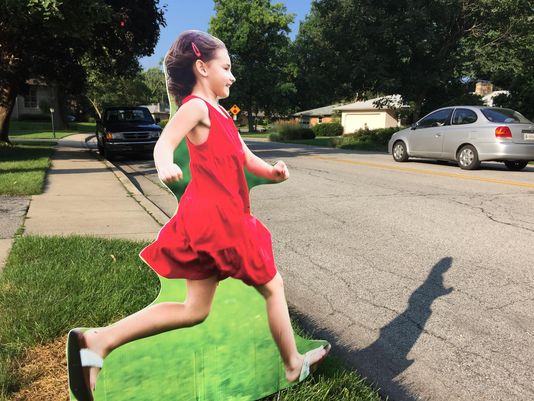 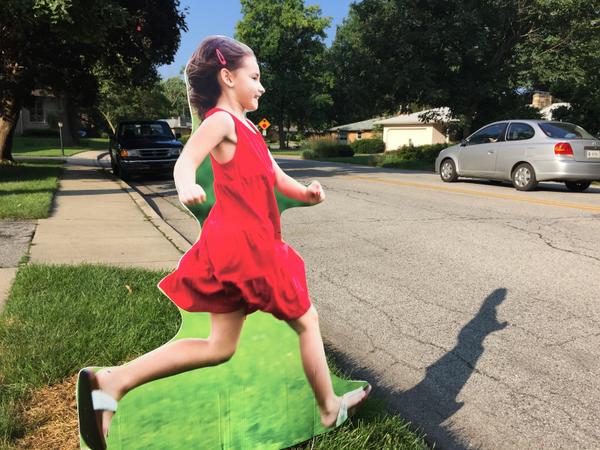 My neighbors and I were profiled in the Journal & Courier today for our creative  attempts to slow traffic on our crash-prone street:

The idea came on June 27, as wreckers worked for nearly three hours to pull out a car wedged into the trees in Breschinsky’s yard. No one was hurt in the crash. But the driver missed the turn and took down two trees planted 20 years ago, in part, to protect the house from this very situation.

As neighbors gathered to watch the operation that day, they compared notes about crashes, big and small, and close calls. They decided, as Breschinsky said, “Enough was enough. We need a statement.”

Lauren Bruce lives across Meridian Street from Breschinsky. She said the last straw for her was nearly being hit as a car buzzed within inches of her bike — along with the trailer hauling her preschool daughter — as she signaled to turn into her driveway.

Bruce said she spoke with friends from Bicycle Lafayette, who have been working on several traffic-calming initiatives and displays — most recently getting riders to do all-day loops on Harrison Bridge and on 18th Street, after car-vs.-bike crashes in each place.

“What we came up with is, basically, the best way to slow traffic is to put something in the road,” Bruce said. “We were joking: You know, what if we get signs that look like little kids running into the street. I said, ‘I can do that.’ ”

Thanks to my friends at Bicycle Lafayette and MadMen Creative for enabling my civil disobedience.

A History of Creepy Dolls