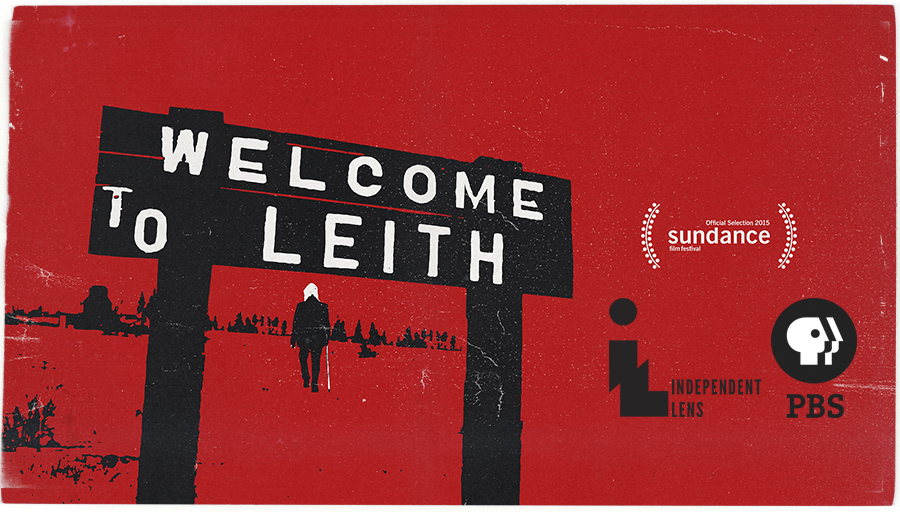 In “Welcome to Leith,” a documentary about tiny North Dakota town with a population of 24 (“including children,” the residents boast), the residents explain how they usually bent over backwards to welcome new neighbors to the area. Then they discovered that the new guy in the neighborhood, who was buying up property and inviting others to join him there, was a nationally-recognized white supremacist leader who planned to take over little Leith, North Dakota, drive out the existing residents, and create a white nationalist mecca.

The award-winning documentary, streaming on Netflix, follows white supremacist Craig Cobb‘s attempt to take over the town, and how the township organizes in resistance. Local residents and anti-racist organizations organize a protest in Leith against Cobb and his allies, and strategize a mixture of legal and municipal methods to force the case against Cobb.

There are several things that make the movie so compelling, not the least of which is the tension of first and second amendment rights in the conflict between townspeople and white supremacists. Of note to me personally, and to the people I’ve shared the movie with to date, is how the rural townspeople rise up – contrary to stereotype – against racism. I live in Indiana, the birthplace of several white nationalist movements, where folks feel comfortable talking to the paper about how they organized in favor of Dylann Roof, the young man who staged a massacre on black church-goers in the name of white nationalism. Here, conversations about white nationalist movements in our midst are frequently met with patriotic proclamations along the lines of “I disapprove of what you say, but I will defend to the death your right to say it,” which is honorable, and certainly in the spirit of first amendment freedoms, but is a frustratingly passive argument in the face of a movement advocating to extinguish racial and ethnic minorities from our community.

First amendment and social justice tensions are real, and this movie skates over them to declare victory for the townspeople, which is a fine narrative arc. There is no first amendment exception for “hate speech” — Americans are free to criticize and say any hateful thing they wish about others, in just the same way you may criticize capitalism or socialism or Democrats or Republicans. The arguments for and against the creation of a “hate speech” category are rich and nuanced (and way over my head), but however you land on the issue, the first amendment doesn’t protect provocateurs and demagogues from criticism or disapproval. A high-minded civil libertarian philosophy becomes more difficult to defend when you have armed white nationalists patrolling your neighborhood. Which begs the question of the viewership: what will you do when you see Leith in your own communities?

Theme by Anders Noren — Up ↑