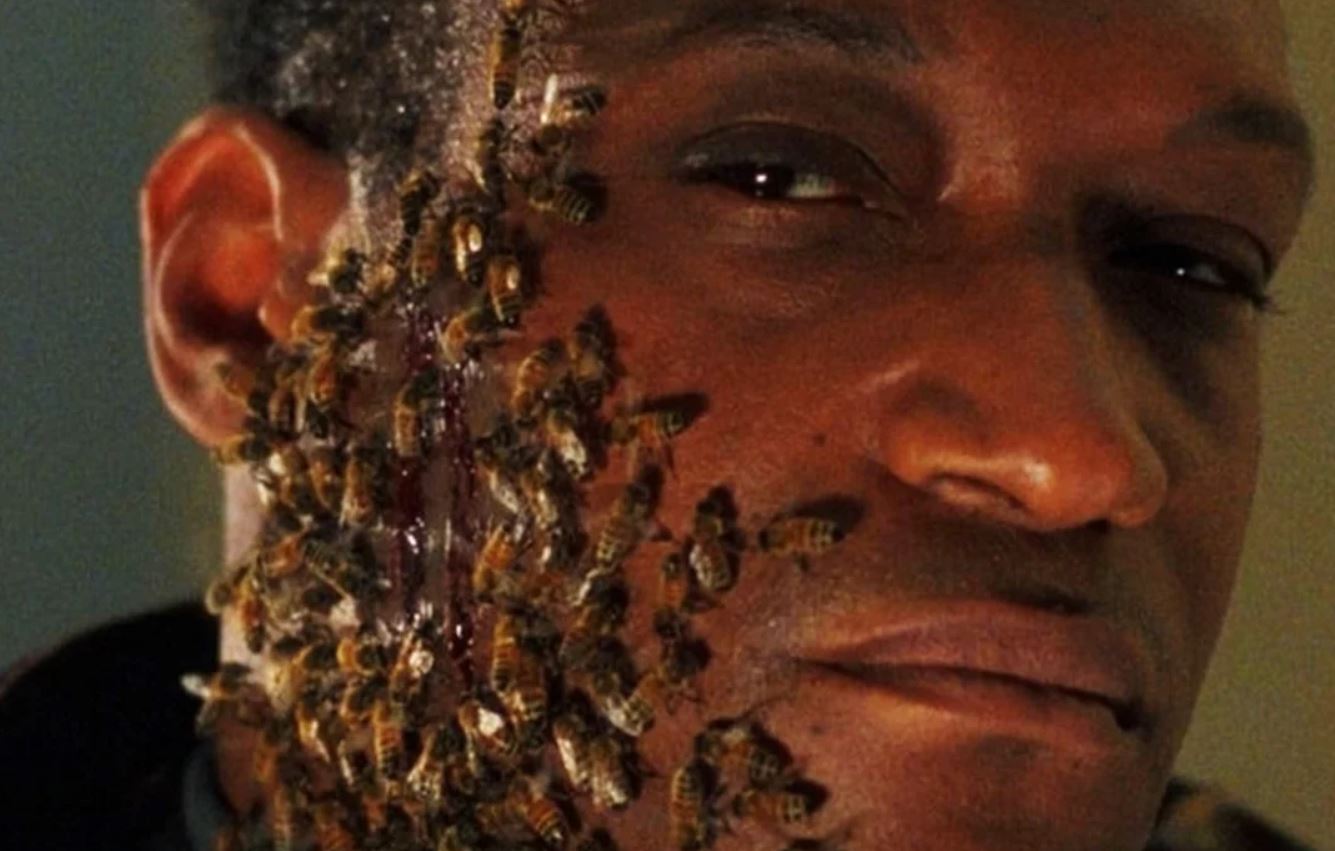 Synopsis: A pair of grad students, Helen and Bernadette, are writing a paper on urban legends. Thanks to a tip, they explore the famed Cabrini-Green public housing development in Chicago on a hunt to find out more about “Candyman”, the ghost of an artist and son of a slave who was murdered on that land in the late 19th century. The pair call his name in a mirror, according to legend, and so he appears to Helen wanting more.

The race politics in this movie are extremely problematic, yet it’s likely modern viewers will enjoy seeing this version before Nia DaCosta and Jordan Peele remake the source material. One wise review (that I read and cannot find again) suggested that what makes the 1992 version of the movie “scary” is the viewer’s racism – that if you don’t find housing projects and graffiti scary, that if “Africanized bees” and gang culture don’t give you the willies, this movie will not frighten you. A lot has changed since 1992: we are an increasingly urban, multicultural society and the othering of urbanity doesn’t have the storytelling impact it used to thirty years ago, even for white audiences. So, modern viewers need to understand not only that Cabrini-Green was a racist symbol of and shorthand for “Black pathology,” a place so infamous and vilified that it was built up in the popular imagination as a place of real life mystery and horrors, and that in “Candyman,” the projects take the place of the dark, old haunted house on the hill, and this “haunted house” mythos deeply informs the movie. As the viewer learns more about the residents of Cabrini-Green and the challenges they face (though a better writer/director would have fleshed them out), the movie reveals how Candyman died (spoiler!): he was the subject of a horrific lynching after being accused of sleeping with a white woman.