Hi, I’m Lauren and I live in Madison, WI. 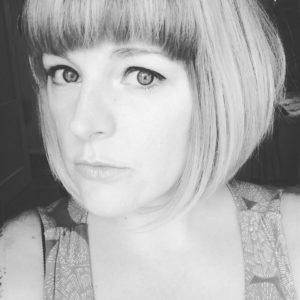 I am the creator and founder of the award-winning blog Feministe [1999-2015], one of the first, biggest and baddest feminist blogs on the internet.  Feministe pioneered a funny and irreverent feminist publishing culture, and won numerous awards and accolades for it in its 15+ years, including two Sandy Koufax Awards, and best-of mentions by Forbes, Mother Jones, Huffington Post, the New York Times, Guardian, and others. A sprawling site with dozens of contributors that functioned as as much as an ideas co-op as an early social platform, Feministe was a pillar in an online movement that helped launch the careers of many accomplished thinkers and writers whose names you may recognize in major bylines today.

In the meantime, I started FAUXREALTHO in 2004 as a personal site with quieter musings on life, education, and politics. This site has been through many iterations. Lately, I have kept it alive to preserve some of my past writing and to keep my coding skills active.

In 2011 I co-founded Think Lafayette with my oldest friend, an award-winning web-based zine written in the style of classic alt-weeklies, about life in the Greater Lafayette, Indiana, and Purdue University area. Think Lafayette’s goal was to cheer-lead local civic and social gains, specifically centered around the 2011 “From Good to Great” plan commissioned by the county Chamber of Commerce. Our writers were a disparate group of young professionals with varied civic and social interests, and enough guts to challenge a civic model that prioritizes geniality over innovation. Together we dreamed about the potential of West Central Indiana. There was actually much more to explore than we initially realized, including a growing food scene, the stubborn persistence of a poorly supported arts and music community, and weird and colorful local history. To preserve my time with TL [RIP 2011 – 2016], I archived most of my writing from Think Lafayette under this category. Some of the images and links have broken as the internet ages, but please trust it was great work achieved with great people. I’m very fond of that project.

Today, my day job and my family take up much of my free time. I spend my days biking, cooking, eating, and tweeting. I also knit, embroider, quilt and crochet while watching a lot of documentaries (IG: @sharonn33dles). I could probably write an entire book on the Real Housewives franchise.