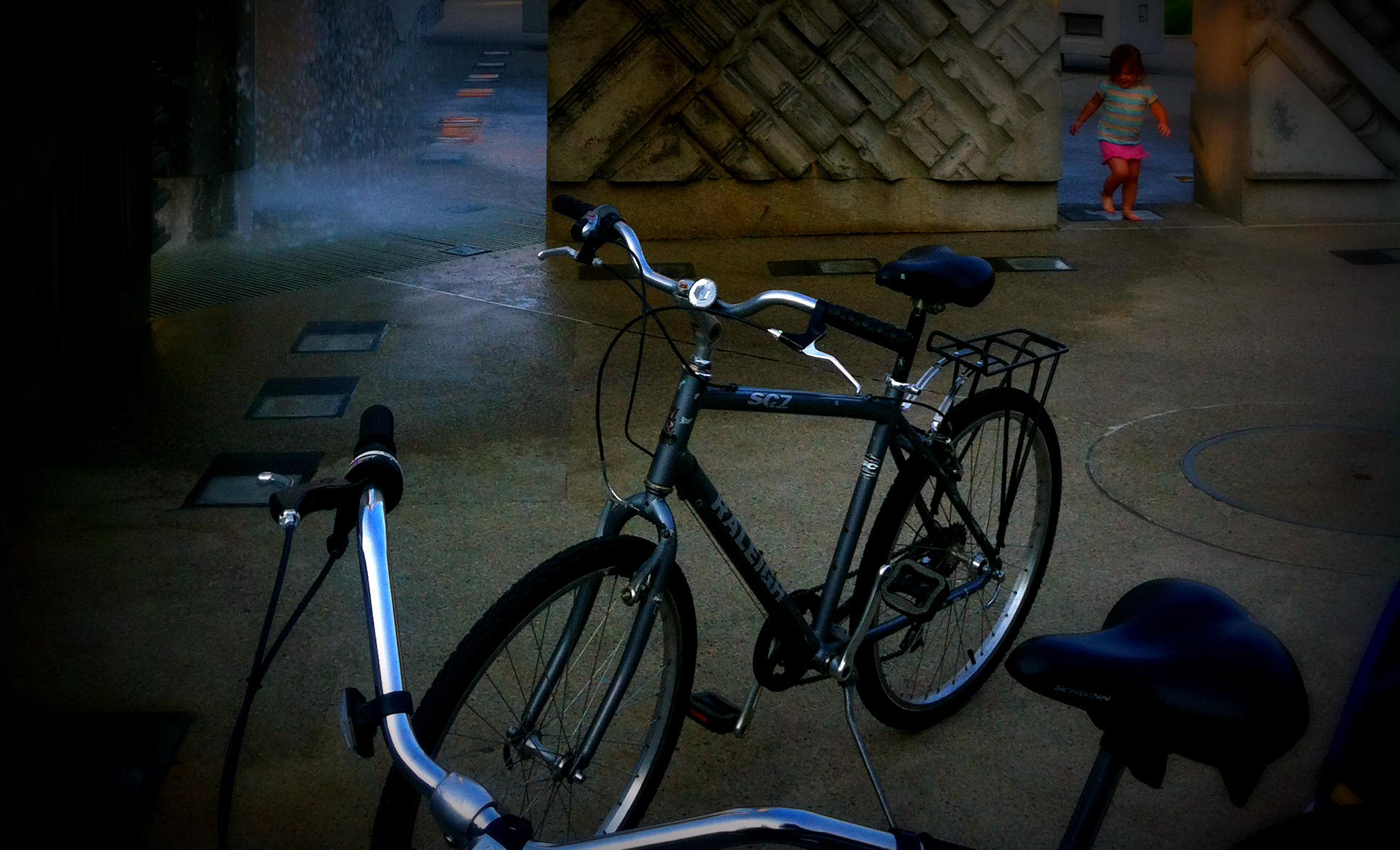 Riding Bikes With a Teenager

There are so many pieces out there about riding with young kids, but not many about riding with older kids, so when I started riding with my older child, a young teenager, I felt like we were on the steep end of the learning curve. The Big Kid learned to ride a bike when he was little, had no issues with balance, distance, or speed, but I found that street riding in a more serious way was an exercise in parent-child anxiety. I was constantly yelling, “STOP!” “GO!” “WATCH OUT!” “OMG!” and freaking out about nearby drivers, intersections, and near-accidents, which inspired a serious lack of confidence in BK.

Confidence and safety go very much hand in hand on the road. The two things I noticed that were crucial to his success as a new cyclist were:

Convincing him that a helmet was a necessity and not a fashion item was the first hurdle. Admittedly I was not the best role model until we started riding on a regular basis. Once I had some real solo experience on the road — and with the aggression of drivers — we wore helmets. No excuses, no exceptions.

Another crucial step was finding a bike that fits his body. Teenagers seem to grow inches overnight. They are constantly growing. Can’t keep this kid in shoes or jeans. While he once was fine on a youth bike, very suddenly he was too tall for it and required an adult bike — but still one small and light enough to fit his frame. We went through several used bike configurations* before finding one that was comfortable that he could navigate with feet on the ground at stops, and that he could start easily at intersections. That said, some cool lights, some bike stickers, and a helmet that didn’t make him feel dorky were pretty important too.

KNOWING THE RULES OF THE ROAD

At some point I realized that in order for him to feel confident on the road, I had to get myself to a level where I was confident and knowledgeable myself. I started reading bike blogs, paying more attention to the local biking advocacy group, and asking annoying questions at my local bike shop. I also had to learn the local laws of the road and get familiar with using turn signals and taking the lane.

As I learned these rules, I’d pass them on as we were riding together. With practice, BK began signaling his movements and taking the lane alongside me. He knew what to to at stop signs and stoplights and when a car was approaching in any direction. He got comfortable in bike lanes on busier stretches of road, and began to learn the side streets in our section of town. I haven’t given him carte blanche freedom to go wherever he wants by bicycle, but I’m confident in his skills.

All this said, before I sat down to write this post, I googled a lot about teenagers and bikes and found that most of the top stories online are of drivers targeting teen cyclists for violence nationwide. Kids are shot at and run off the road for the offense of sharing the lane. This is terrifying. It both underlines the need to educate the greater public about cyclist safety and road rights, and emphasizes the pervasive social enmity we have against teens and older children. Even living in a bike-friendly — or bike-friendlier — community, we have experienced some scary interactions with angry and/or ignorant drivers that remind me that no matter how safe and knowledgeable we are out there, we are always at the will of the people behind the wheel. My job as a parent is to make sure that BK knows how to minimize that risk on the road as a cyclist, and later as a driver as well.

* Craigslist Bikes is your friend.

The Map Collective: Your Favorite Place in Town