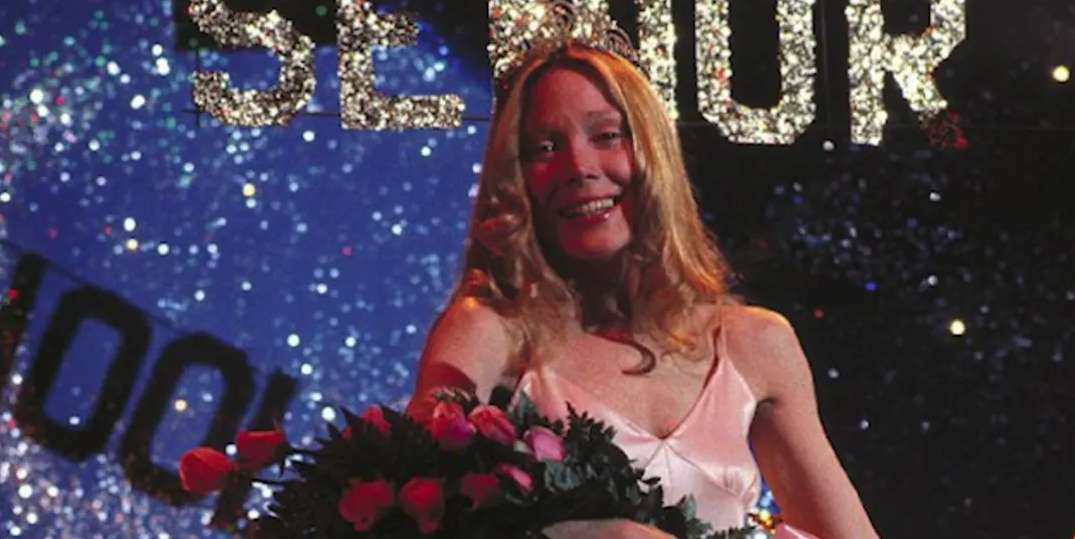 Synopsis: Withdrawn and sensitive teen Carrie White faces bullying from classmates at school and abuse from her fanatically pious mother at home. When strange occurrences start happening around Carrie, she begins to suspect that she has supernatural powers. When she is invited to the prom by the handsome jock with a sick perm, Carrie tries to let her guard down, but things eventually take a dark and violent turn.

Why feminists will watch: This is one of two Stephen King picks on this list even though he has scads of horror movies, in part because he’s such a problematic storyteller wrt issues of race and gender. However he dominated the horror genre in both books and novels in the 70s and 80s with stories like “Carrie,” which set the stage for many of the female-focused horror movies that followed it.

“Carrie” is interesting for a lot of reasons: it’s a metaphor for the horrors of puberty and the body, it is a deeply uncomfortable look at how fundamentalist religion shapes the lives of embodied women – and it’s a revenge film on at least two levels. “Horror of the body” is a theme I highlight in this series, and Carrie is the earliest – and one of the most literal – in that vein. It also serves as an early look at a theme explored in more contemporary horror movies, fear of the teenage girl. This is a fear expressed over and over again in horror movies, their unruly bodies, their explosive anger, insatiable appetites for consumption, resistance (or adherence) to control, and their perceived power over parents and strangers.

This movie also includes a babely cast and righteous 70’s styling, with young Sissy Spacek and John Travolta. Directed by Brian de Palma, famous for his work on other bloody, suspenseful films like “Scarface” and “Carlito’s Way,” “Carrie” is also a serious artistic treatment of an iconic horror story.

Is it gory? It is somehow not gory but also features a ton of blood.

Is it problematic? Oh yeah. And like a lot of movies on this list, you can’t help but be annoyed that more horror movies about women aren’t written and directed by women.