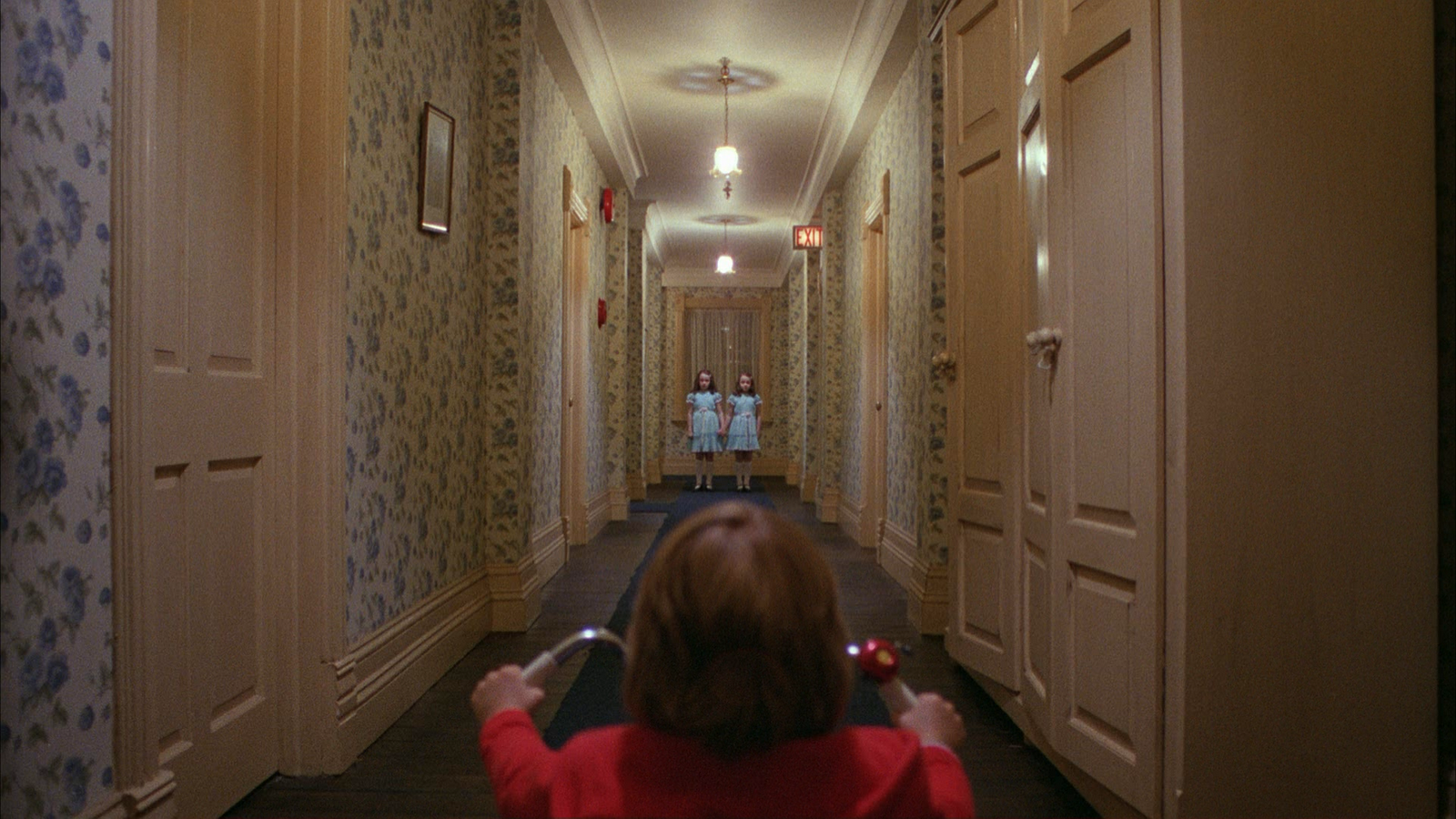 Synopsis: A frustrated writer becomes winter caretaker at the wintry, isolated Overlook Hotel in Colorado, hoping to cure his writer’s block. He settles in along with his wife and son, who is plagued by psychic premonitions. As his writing dwindles and the boy’s visions become more disturbing, the writer discovers the hotel’s dark secrets and begins to unravel into a homicidal maniac hell-bent on terrorizing his own family.

Why feminists will watch: Directed by Stanley Kubrick, the cinematography and sense of place are iconic. Books and movies have been crafted to revisit the many layers of storytelling in and around this movie, suggesting that it might be a metaphor for native genocide and/or the Holocaust. However King has said the original novel was largely autobiographical and the haunted hotel an extended metaphor for his own alcoholism and domestic violence. Over time, the haunted house trope has evolved to express the confusion and terror experienced in dysfunctional families.

King is on record saying he hates this movie adaptation of his novel, but the movie is more than worthwhile on its own, and comparisons between the movie and the novel will keep you entertained for a long while. It also has a very excellent trailer.

Is it gory? Surprisingly, not really. This movie barely has a body count, but is genuinely terrifying.

Is it problematic? Oh, absolutely yes. King and Kubrick are both deeply racist and sexist storytellers in general.

King frequently relied on the “Indian burial ground” and the “magical negro” as storytelling tropes over his career (see also: Pet Sematary, The Green Mile), and both are used here.

Kubrick famously put his movie casts and crews through the ringer, and in this movie his ire was saved for Shelley Duvall, whose horror and hysteria on-screen was often real, in part the result of completely unsympathetic treatment by the director.

King’s criticism of the movie was that it reduced Wendy Torrence to “a screaming dish rag.” Wendy in the novel was tough and smart, herself a product of an abusive mother, thinking of leaving her bad marriage but giving it one last go. Kubrick stripped her of this internal story and fashioned her into a doe-eyed cipher for her husband’s madness.

Kubrick’s intentionally mean tactics against Duvall were in service of the storytelling, fans say, but is it ethical to toy with Duvall’s mental health to get a good performance? While flattening an already flat female character into a “screaming dish rag?” I don’t. I think it’s reflective of how little Kubrick thought of women generally, if you didn’t already get the message from the rest of his catalogue.

All that said, there is a reason this movie is so iconic. The setting, the music, the cinematography, the suspense, the isolation, the very real and deeply relatable danger of family dysfunction and violence, add up to a terrifying experience that will stay with you – and you will be reminded of it in every hotel you visit thereafter.